Improves Nintendo Switch graphics with mCable, the HDMI with antialiasing 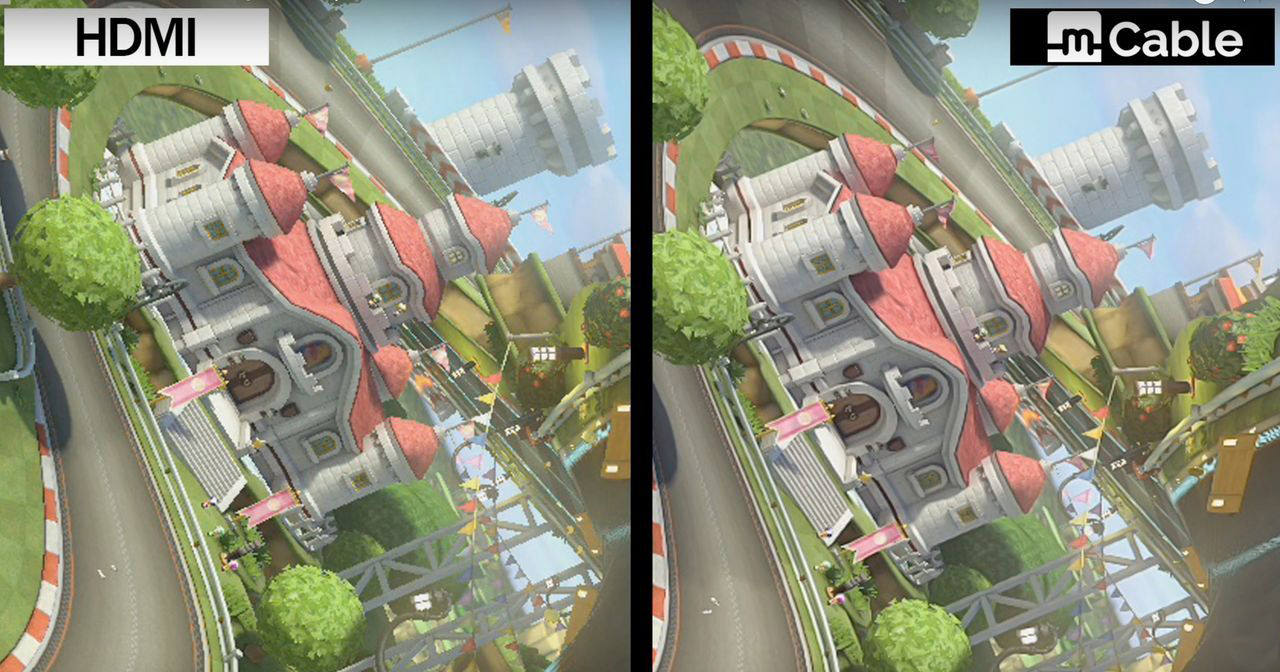 How does it work?

This cable achieves the elimination of the saw teeth thanks to the integration of a proprietary chip in the cable called VTV-122x that has been developed and patented by the company, and which is responsible for offering a smoother image processing.

This chip acts as the central axis of the cable and is responsible for polishing what is seen on the screen through its own technology. Among its most outstanding features, the cable has the capacity to convert contents up to 4K at 30Hz and 1080p at 120Hz, noise reduction, contrast adjustments, brightness, saturation and other visual elements.

The really interesting thing about this cable is not in the new generation of consoles, which also, but in its use for games of machines of the previous generation as PS3 and Xbox 360 where this type of visual problems were more frequent for native resolutions lower than 1080p with televisions or screens that naturally show the signal at this resolution. Its price is significantly higher than a standard HDMI cable and you can buy it on its official website.